We're Moving! (But not too far)

From 1 August 2022, CSS offices are relocating to Unit 1, 226 Barrington Street, Bibra Lake, 6163 WA. All other contact details remain the same.

Our mission is to re-introduce environmentally secure and responsible In-Water Hull Cleaning to the world’s ports. Our commitment is to contribute to global efforts to combat climate change and protect Marine Biodiversity.

We share your passion for the world’s ocean, new research, technologies and award-winning enviro-friendly solutions.

The Envirocart™ enables the complete underwater removal, closed capture, containment and filtration of marine biofouling from a vessel’s hull without damaging the antifouling paint or polluting the surrounding marine environment.

The Envirocart™ is a fully developed commercial operating system and it’s available for lease or sale. 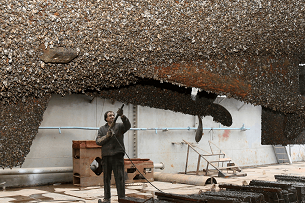 The convenience, speed and efficiency of the Envirocart™ provides many economic benefits. It can be packed into a standard 20-foot shipping container.
VIEW MORE 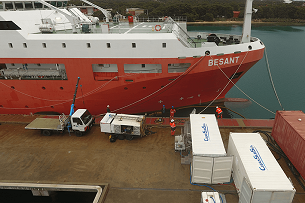 The Envirocart™ is the only underwater system that captures and contains marine biofouling without polluting the surrounding marine environment.
VIEW MORE

It is recognised that one of the major global threats to biodiversity is the introduction of pests and diseases. The Department supports the development of in-water hull cleaning technology as it may provide a valuable, front-line defence again invasive marine pests entering and becoming established in Western Australia’s marine environment.

The Envirocart™ will enable the entire hull to be cleaned in water, the other alternatives that TT-Line have trialed only allow us to go a meter below the waterline.

The other major advantage of the Envirocart™ is that it removes, filters and contains the biofouling whilst treating the water prior to discharge making it environmentally friendly.

For underwater hull cleaning technology and solutions, get in touch today.

We’d love to hear from you.