GRD Franmarine Underwater Services has successfully completed International Paint’s Intersleek underwater cleaning panel tests using the following equipment and set-up parameters for removal of loosely adhered hard fouling, slime and weed. Fouled panels coated with the Intersleek scheme were immersed for 4 months before cleaning using the Envirocart. No damage that could be attributed to the cleaning equipment could be seen either visually or under microscopic analysis.

International Paint recommends that the vessel operator using this cleaning company checks that the correct equipment and suitably trained personnel are provided.

Yours faithfully,
For and on behalf of International Paint Ltd.

Letter of Support for the Envirocart

The West Australian Government owned Common User Facility is a 40 Ha integrated facility with an open access policy for multiple users. It has been operating since 2003 and is part of the Fabrication Precinct of the Australian Marine Complex located at Henderson Western Australia. It is a safe and secure location for fabrication, assembly, commissioning, maintenance and repair activities. As part of the facility there is a 12,00T lift capacity floating dock which has been operating since 2009.

The floating dock has been used to dock submarines and frigates for the Royal Australian Navy and numerous commercial vessels to conduct repairs, maintenance and hull surveys,

Not long after the dock had been launched it was noticed that Bio fouling was significant on the underwater hull. Growth was rapid and although a cathodic protection system was installed on the dock to prevent steel corrosion fouling was heavy.

At first, divers using plastic scrapers were used to physically scrape off the fouling and although the weed growth was easily removed, shell growth was difficult and time-consuming. We were approached by Franmarine who advised they were developing a cart with revolving brushes to scrape off the biofouling. A trial was carried out which proved highly successful. All manner of biofouling is removed without damaging the underwater paint system.

AMCM have been approached by a number of Marine operators enquiring about docking their vessels but because the doc availability is limited, alternative hull cleaning methods need to be undertaken. The Envirocart would be a significant enhancement to the maritime industry as a product that cannot only clean the hull so efficiently but also reduces maintenance costs, this can only assist marine operators to conduct business.

Letter of Support for the Envirocart

It is recognised that one of the major global threats to biodiversity is the introduction of pests and diseases.

In the marine environment, the primary vector for the introduction of invasive pest and diseases is vessels via hull bio fouling or balllast water. The Department of Fisheries (Department) is the lead stage agency responsible for the management of aquatic biosecurity. 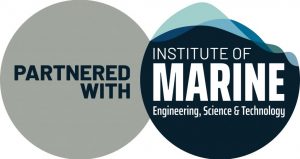 Do you have any questions? Drop us a line. We’d love to hear from you.

Return home to see all we offer.